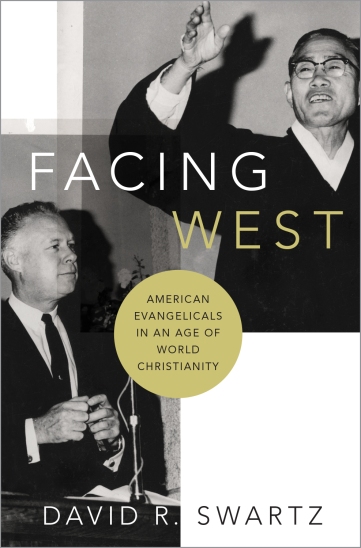 In 1974 nearly 3,000 evangelicals from 150 nations met at the Lausanne Congress on World Evangelization. Amidst this cosmopolitan setting—and in front of the most important white evangelical leaders of the United States—members of the Latin American Theological Fraternity spoke out against the American Church. Ecuadorian René Padilla condemned North American missions as rooted in cold efficiency, and Peruvian Samuel Escobar criticized American evangelical politics as myopic. He declared that “Christians, evangelicals in particular . . . condemn the totalitarianism of the left but not that of the right; they speak openly in favor of Israel, but very seldom speak or do anything about the Palestinian refugees; they condemn all the sins that well-behaved middle class people condemn but say nothing about exploitation, intrigue, and dirty political maneuvering done by great multi-national corporations around the world.” The Fraternity’s bold critiques electrified Lausanne delegates from around the world. Padilla received a rare standing ovation, brought to an end only when Cliff Barrows, Billy Graham’s song leader, began to lead a hymn. More than a few international delegates saw “deep political overtones” in the ovation’s premature end.

Provoked by this startling insurgency, leaders rewrote the Lausanne Declaration. According to one satisfied observer, the new version dealt “a death blow to the superficial equation of Christian mission with the multiplication of Christians and churches.” Billy Graham declared, “If one thing has come through loud and clear it is that we evangelicals should have social concern. The discussion . . . about radical discipleship has caught fire.” Indeed, the Lausanne Covenant marked a decisive moment in neo-evangelical history. On a global stage, Majority World evangelicals spoke directly to North American evangelicals. This exchange would help spark mainstream evangelical campaigns against global poverty and human trafficking and for a more culturally sensitive missiology.

This scene in Switzerland, narrated in my first book, Moral Minority: The Evangelical Left in an Age of Conservatism (University of Pennsylvania Press 2012), demonstrates the significant role that transnational networks exerted on an emerging progressive evangelicalism. My next project—to be published with Oxford University Press—seeks to expand this narrative to other geographies and sectors of evangelicalism. It will chart how missionaries and Majority World evangelicals “spoke back” to American evangelicals on matters of race, imperialism, missions strategy, economic relief, sexuality, and theology. In the meeting of East and West in a globalizing twentieth century, influence flowed in multiple directions. Imperialism has shaped the American cultural and political landscape at home.

Facing West: American Evangelicals in an Age of World Christianity will be published in April 2020.

“A Farang Scholar in Thailand”

“The Global Context of InterVarsity and #Blacklivesmatter”

“William Taylor, a Global Reflex, and the Challenge to Gilded-Age Methodism”