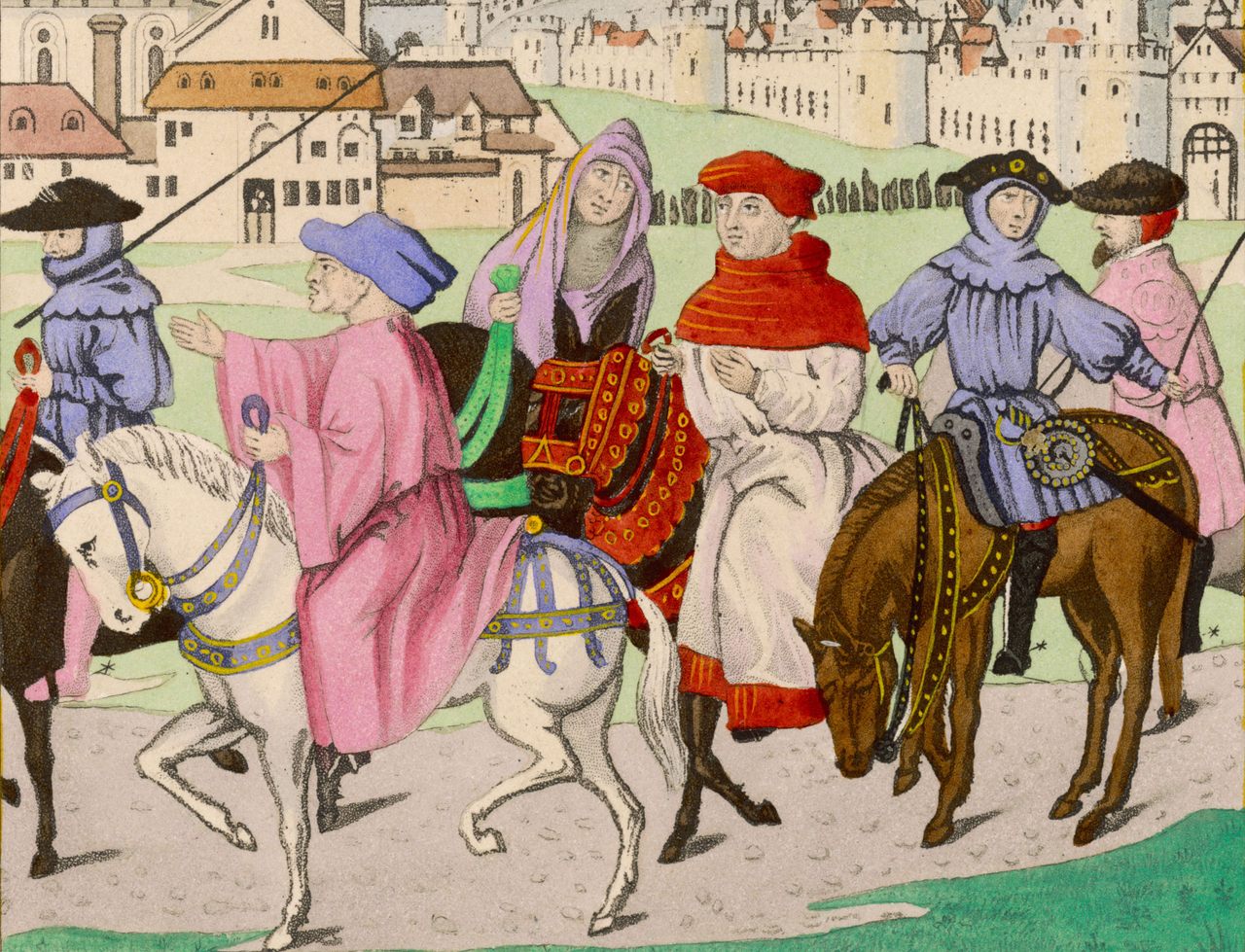 As we’re learning, pilgrimages aren’t exactly a vacation. Going such long distances and navigating so many different cultures, languages, train systems, currencies, food, etc. is hard and difficult. We’ve also done a lot of thinking about faith and death and humans doing bad, bad things. As a man we talked to this morning at Doopsgezind Amsterdam (the Mennonite congregation here) said, “Family history can weigh heavily.” I can promise that our next trip will be far, far less complicated and introspective!

Living people can weigh heavily too. Our traveling companions, our own children, have been mostly delightful, though lack of food and sleep on just a few occasions have made for some “moments.” But we’ve experienced nothing like the fifteenth-century pilgrim Margery Kempe. Some thought she was pious and saintly. Others thought she was a fanatic and heretic. Whatever the case, in 1411 this insufferable pilgrim became convinced that God was calling her to pilgrimage to Jerusalem and Rome.

Kempe came from reputable stock. Her father was the mayor of Lynne in Norfolk. She grew up in comfort with lots of servants and money and fashionable clothes. She got married and developed her own independent brewing and milling business.

But these ventures did not prosper, and she turned to spirituality. She saw herself as a Mary Magdalene figure with a sinful past but a particularly close relationship with Christ. She became a vegetarian and then persuaded her husband to stop all sexual relations. She told him she would rather he was dead than that they should “turn again to our uncleanness.” But then she “asked her husband what was the cause that he had not meddled with her for eight weeks, since she lay with him every night in bed.” He said he was so frightened of her that he dared not touch her.

In 1413, having settled all her debts at home, she set out on her pilgrimage without her husband. First, she sailed to Holland, then traveled overland to Venice. Almost immediately, though, she annoyed her fellow pilgrims because she “wept so much and spoke always of the love and goodness of Our Lord, as much at table as other places.” They thought she was an exhibitionist and said that “they would not put up with her as her husband did when she was at home.”

Still, she wouldn’t stop. So they told her “she could no longer go in their fellowship” and they “forsook her that night.” She begged them not to leave because it was impossible in this era and place for a woman to travel alone. At least, she said, let me go with you across the Alps. They let her, but only after humiliating her. They cut her gown so short that it came but little below her knee, so that she “should look foolish and immodest.” They made her wear a canvas apron to “make her looke like a servant.” They made her sit at the end of the table “below all the others,” a position where if she started sobbing and praying, she would not disturb the other pilgrims.

Kempe ended up joining a different group. They made her promise to “not speak of the Gospel where we are, but to sit still and merry, as we do, both at meat and at supper.” She surprisingly agreed, and stayed with them in Venice for thirteen weeks awaiting a ship bound for the Holy Lands. But she soon reverted to her old ways. She began reciting Gospel texts at dinner, interrupting her companions’ conversation. They banished her to her room for the last six weeks in Venice. Then on the ship to Palestine they hid her clothes and stole her bedding. Margery wrote, “And so I had ever much tribulation till I came to Jerusalem.”

Being at the Holy Places was almost too much for her. At Calvary she “fell down and rolled and wrestled with her body, spreading her arms abroad, and cried with a loud voice.” She proudly wrote that many were astonished by the volume of her crying. Some “wished she was in the harbour, or wished she was on the sea in a bottomless boat.” Her fellow pilgrims again refused to eat with her. Only the Muslims were “good and gentle” with her.

Then she traveled to Rome. She began to wear all white from head to foot “so that all the world should wonder at me.” In what became quite a spectacle, she joined up with a hunchbacked Irishman and two friars. As they made their way across the mountains to Rome, Richard the Irishman went begging and Margery did her public weeping performance.

Finally, around Easter 1415, Kempe headed for home. Not surprisingly, the drama didn’t end. People were angry she had been gone so long. They thought she had been away giving birth to an illegitimate child—and wondered where the child was. So she promptly left again, this time for Santiago to complete the pilgrim trifecta.

How do we know all this? She wrote what might have been the first autobiography in the English language: The Book of Margery Kempe. Who was she really? A mystic? A publicity-seeker whose visions coincided with her own convenience and plans? A proto-Reformation figure who interpreted the Bible for herself and directly communicated with God, bypassing church authority? Historian John Ure, who I got this story from, says it was all these things. I’m just glad I don’t have to travel with her!